It’s October! And just like that, summer is gone and the fall has already set in. 🍂 So much has happened over the past few sunny months that I’m actually in disbelief. I graduated from college, enrolled in graduate school, started working at MassMutual as a Junior Data Scientist, settled into a couple good books, cooked a ton of awesome meals in my new apartment (‼️), won a VR headset contest, and generally just lived my best life in the sun.

But of all the things I experienced this summer, I’d say that my trip to Italy this past May was the most life-changing. Once I graduated, I was up in the air—literally! I barely spent more than a day home before I packed my bags and got on an 8-hour flight from Boston, MA to spend a week in Italy.

I’ve never traveled that far in my life! I’ve been up and down the East Coast and been to The Caribbean and Canada. Trips to the West Coast are in the works but beyond that, most of the world is still brand new to me.

I’ll be the first to admit it: when my best friend shared the initial plans to travel, I was apprehensive. The cost of the trip and the great distance from everything that I’m used to made me uncomfortable. Nevertheless, when I bought my tickets, I was beyond excited. By going on this trip, I was stepping out of my comfort zone and embracing a fresh and unfamiliar experience.

My friends and I were definitely on the move! We went to a variety of locations and even stopped in Switzerland for a day to go shopping. When I was outlining this post, I actually had some trouble remembering the exact route we took through Italy because we did so much in the span of a week. Fortunately, the solution to this problem was in my pocket the whole time: my cellphone! 📱 And more specifically, Google Maps data!

The digitization of our lives is inherent to our increasingly tech-based world. What we search, watch, do, and say is of interest to companies like Google who leverage this data for use in their products and research. Amazingly, beyond privacy protection measures, Google doesn’t keep this information locked-up; they allow users to download their own data and peruse everything collected.

Using my map data, the Google Maps API, and R Studio, I put together a map that roughly showcases my journey throughout Italy. Resources like this post by Shirin Glander helped to make this project possible.

Naturally, due to connection and low battery issues over the course of my trip, there are missing data points. As a result, my map isn’t perfect. Nevertheless, it still put the scale and significance of this trip into perspective for me. I’ll go through each day (May 14th - May 20th) and share a little bit about them with pictures! 📸

Some of the images are actually videos and many of them have better quality. To see those, feel free to view them on Flickr by clicking on the embedded albums.

This pins on this map represent where I was on each day. The colors are explained in the legend on the right. 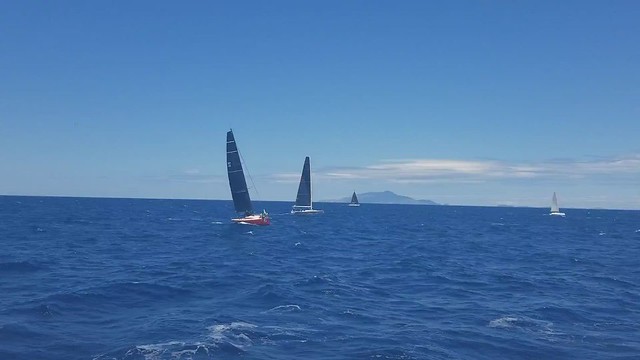 Though I took this trip a couple of months ago, I found it hard to move on; I knew I had to reflect on it at some point. But once school and work started up for me, I did not have much time to express what I was thinking. It didn’t help that every time I sat down to write, I found myself getting lost in the pictures my friends and I took. I recalled the conversations we had and fondly thought about the food we ate and the people we met. This happened several times over the past couple of months and I realized that I never got any of my thoughts down. So instead of a grandiose blog post, I grabbed my laptop once this weekend hit and immediately started writing.

Nevertheless, even now, I still can’t move past the memories of the warm Italian sun and the air of new adventures that washed over me during this week long trip. Though it’s impossible to rewind and play back everything perfectly on paper, I feel fulfilled knowing that I recorded just a small percentage of what I saw and how I felt in writing. In a way, this post format feels like a bookmark that I’ve made in my brain for safe-keeping.

In retrospect, Italy was just the start of me trying my best to live in the present. By embarking on this journey back then, I was doing something that was significantly different than what I usually do. I often find that I plan and work more for the future so that my future-self is okay. As a result, today, I feel like I’m standing on a formidable mountain of countless goals and plans from past versions of me from high-school to undergrad to now.

Though I certainly don’t feel like I wasted time or think I should have done things differently, I think my present-self deserves more than just perpetually grinding towards days where I can reap the result of a long-term plan.

Fortunately, with the experiences that Italy so graciously imparted, I feel like I’ve laid down the foundation for the next big trip and more importantly, being able to live in the present. Everything I encountered helped me understand that it’s okay to sit down and not plan or work on something. It’s okay to relax and to be content with the people and activities that are happening around you and just be there in the moment.

I’m not exactly sure where I’ll go next, but I just know that the journey will be one to remember. 💫